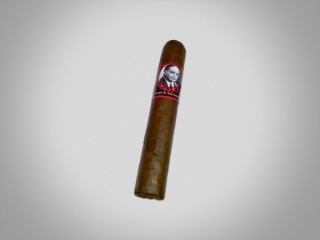 You can see on this second picture it looks a little crushed like it was jammed into the box. 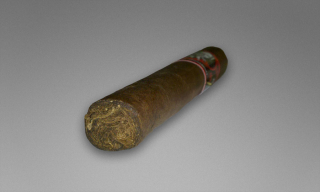 Sorry I took these pictures with my phone however I did clean them up a little.

To start I had just heard about this line last week but after some research I see they have been out for a while now. So being that this was the first time I had seen them in a store or at least paid attention to them in a store I thought I would pick one up.

Usually I am pretty good about looking over cigars when I’m in a shop but I just happened to grab this one and go with it. Today before smoking I went ahead and did my inspection of the wrapper I noticed a few imperfections that I didn’t notice in the store since I was so hasty.

The first problem I noticed was a small hole near the foot. 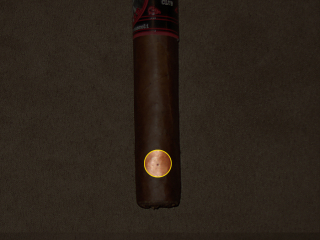 Next after really taking a look I saw a good size tear near the cap. 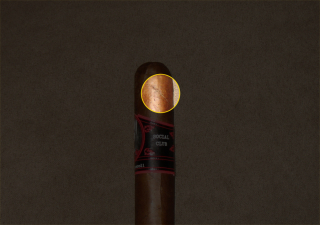 After that I found another small tear near the foot as well. 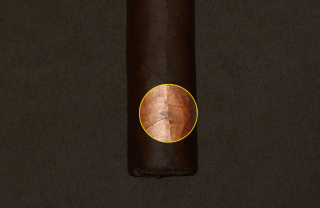 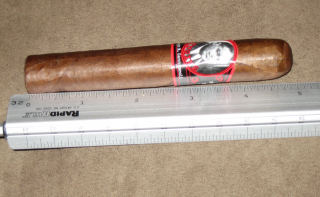 From there I went ahead and grabbed my V-Guillotine and gave it a nice clean cut. I tested the pre-light draw and it had a slightly obstructed draw which is usually what I prefer. So I grabbed my lighter and headed out to the back porch. When I went to light it I noticed part of the wrapper near the cap was already starting to lift off the cigar. After really looking at it, the wrapper lifting off wasn’t near where I cut it but at the bottom of the large tear pictured above. To be fair it was pretty cold, pretty cloudy and pretty humid out at 57 degrees with 91% humidity.

I went ahead and lit it with a triple flame and started taking my first few puffs. The beginning puffs were pretty rough and my first reaction was that this was going to be a really bad smoke. Around the fifth puff it started coming together and the cardboard flavor that I hate in cigars started going away. After that some of the first flavors I got from this cigar that weren’t cardboard were woody with a slight nuttiness.

The smoke volume was good and very similar to just about any other Alec Bradley. The initial burn of the Cugine was slightly uneven but nothing to really complain about. The ash color was a light gray with dark gray streaks and my first ash ended up being just over 2.5″ with a slight curve. It ended up falling off just after the photo below.

Again really bad photo with the camera phone in the dark but you can see some of the streaks in the ash.

For me the Cugine was a Light-to-Medium Bodied cigar leaning more toward the Medium Bodied side. The Cugine had a pretty complex, interesting and ever changing flavor profile. I’ve tried to list some of the flavors/notes that I got from the Cugine below:

Here is my break down some of the flavor changes since they seemed to vary aroud 4 times during this smoke.

Overall it did end up being a short cigar for me lasting about 50 minutes. However I think I will have to say I will try this again with wide range of flavors just to see how consistent it is and maybe with a lot less humidity. I’ll also have to age a couple of these to see if that ammonia taste will go away after a few months.

Some other additional information:

So there it is I would say if you have been wanting to try this cigar or you enjoy other Alec Bradley cigars you should give this a try. For anyone else questionable about spending $8.25 – $8.75 M.S.R.P. on a new cigar I might say you may want to think about it since there are so many other good cigars out there but either way you will be good.