Quick Info
A couple months back I had my first experience with the Padilla with the Dominus and it wasn’t a good one. After chatting with some some local shops they didn’t have too many nice things to say about Padilla bringing up some major changes a couple years ago leading to some major inconsistencies to the point where they won’t even carry the brand. However after chatting with Dave (CigarSage.com) he eased some concerns telling me he wasn’t to fond of the Dominus and to give some of the other Padilla cigars a try. Also I generally am not a fan of the Corojo wrappers but I won’t hold it against this cigar. 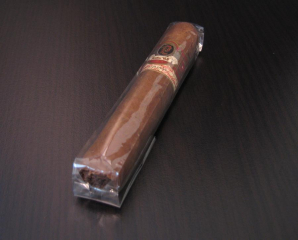 Quick Review
After lighting the Padilla Series 68 the flavors were really rough to the point where I wanted to toss it out, but after a quarter of an inch it eased into the more familiar corojo flavor. The burn was pretty wavy and the smoke volume was decent. At the beginning of the second third the sweet whiskey flavors started with some coffee right behind it. While the Padilla Series 68 Robusto was leaned more toward the medium bodied smoke for me it touched on full bodied as well. Just want to restate that corojo wrappers are not my favorite types of cigars but this turned into a good smoke. I nearly had it burn out out in the last third but kept it going to the point where the impurities built up and I had to put it out.
Overall if you are someone who likes corojo wrappers and don’t mind a really bad start this is a good cigar for you.

Extras
Nicotine Levels: Pretty High
Smoked: Outside
Temperature:  70 Degrees (Light Rain)
The Padilla Series 68 did have some high nicotine levels to the point where my heart really sped up.
The buzz level was very high.